The strength of our leadership team differentiates Hearthstone. Our leaders are focused on executing on our strategy, driving growth for our company while improving the communities we serve. Meet the leadership team. 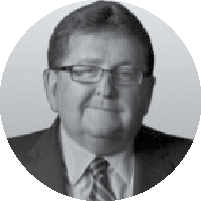 Morgan K. O’Brien is Hearthstone’s Chief Executive Officer. He is a native Pittsburgher who was raised by a blue collar Irish-Catholic family to value all people and all forms of work. His work ethic and value of other people helped him rise to become CEO at Duquesne Light Company the electric provider for Western Pennsylvania. He later moved over to become the CEO at Peoples Gas serving Western Pennsylvania, West Virginia and Kentucky.

In those roles, he was the face and voice of the hardworking employees who dedicated each day to helping the families and businesses they serve. He successfully helped grow both companies in terms of employment, customer base and in total investor value. He has positioned both Peoples and Duquesne Light as the true community partners and champions they are today. They both continue to invest and partner with many organizations that drive economic development and improve the quality of life in the regions they serve.

O’Brien earned his college degrees from Robert Morris University. O’Brien is active in civic organizations, including serving as the Chair of the Board of Trustees of his alma mater. He also serves on many boards, some which include Matthews International, Watt Fuel Cell Company, Dollar Energy, Co-chair of Pittsburgh Works Together and African American Chamber. 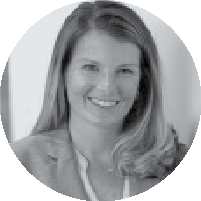 Melissa Dykes joined Hearthstone as Chief Financial Officer in December 2021, bringing with her both utility operations and finance leadership. Prior to joining Hearthstone, Ms. Dykes most recently served as Interim Managing Director, Chief Executive Officer, and Chief Operating Officer for JEA, leading nearly 2,000 team members in providing reliable, affordable, and safe utility services to more than one million people across four counties in Northeast Florida. She had full P&L responsibility for JEA’s $2 billion annual budget and $8 billion in invested assets.

While at JEA she led operational improvements that resulted in best-in-class reliability and safety performance. As CFO, she provided leadership to ensure the financial health of JEA, resulting in access to capital at low cost on behalf of JEA’s customers. Her efforts as CFO helped JEA deliver more than $1 billion dollars in cost savings to the community.

Prior to joining JEA, Ms. Dykes was CFO at a portfolio company of a large energy private equity firm and a principal in a renewable energy development company, where she was responsible for origination, commercial structuring, development and capital raising for renewable energy projects. She also was Vice President of Investment Banking at JPMorgan, where she was responsible for providing capital solutions for clients, including more than $26 billion in financings for many municipal electric and water systems across the country, risk management product delivery, and mergers and acquisitions. Prior to joining JPMorgan, Ms. Dykes worked for The World Bank Group, where she researched and published on private participation in infrastructure industries in developing countries.

Ms. Dykes serves or has served on a number of Boards, including the United Way of Northeast Florida, the Association of Edison Illuminating Companies, and the Jacksonville Chamber of Commerce. She received a bachelor’s degree in economics from the University of Florida and holds a certificate in Advanced Management from the Tuck School of Business at Dartmouth. 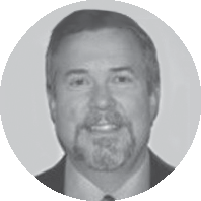 Head of M&A and Integration

Kevin Degenstein was appointed Chief Operating Officer and Chief Compliance Officer in August 2014. Mr. Degenstein has served in the natural gas utility industry in executive management, operations, engineering and regulatory capacities for more than 30 years. Most recently, he was president and chief operating officer of Hearthstone Utilities from June 2008 until November 2013, when he departed the Company. He joined Hearthstone Utilities in 2006 as senior vice president of operations. Previously, Mr. Degenstein was with EN Engineering, an engineering consulting firm, as vice president of distribution from 2002 until 2003 and vice president of technology from 2004 until 2006. He began his natural gas utility career in 1982 with Nicor Gas where he held various increasingly challenging operations roles, including chief engineer. Mr. Degenstein is a Registered Professional Engineer.

As of February 2022, he is in charge of Mergers and Acquisitions. 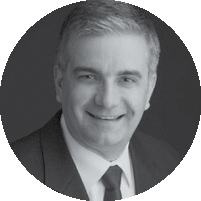 Ken Oostman is Hearthstone’s Chief Operating Officer. Ken joined Northeast Ohio Natural Gas Corp. (NEO) and the Hearthstone Utilities family in 2019. Prior to joining NEO, Ken served as Vice President of Technical Services for TransCanada. He also served as Vice President of Engineering for Columbia Pipeline Group, and Vice President of Operations and Vice President of Technical Services at New Mexico Gas Company. Ken has worked in the energy industry for twenty-nine years and held a variety of positions, including operations director for Meade, a pipeline construction company, senior project manager for EN Engineering, an international engineering and consulting firm, and numerous positions with Nicor Gas, a large local gas distribution company near Chicago, Illinois. Ken earned educational degrees in business administration and mechanical engineering from Valparaiso University, Indiana, in 1988 and 1993. He is a licensed professional engineer, and remains active in the Ohio Gas Association and American Gas Association.

Ken currently lives in central Ohio with his wife and family. 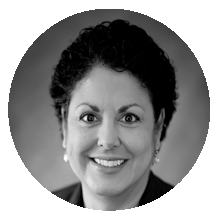 Jo Carol graduated from West Virginia University with a Bachelor of Science Degree in Computer Science and began her professional employment with the Department of Defense. She joined Consolidated Natural Gas Transmission Corporation (now Eastern Gas Transmission and Storage) in the Computer Services group before moving to their Rate and Regulatory group. When her son was born, Jo Carol exited the workforce and took on the role of stay-at-home mom for several years. She returned to rate regulation work as a Regulatory Analyst in the Regulatory and Pricing group at Hope Gas, Inc., dba Dominion Energy West Virginia, and was appointed as Director of that group in January 2020.

A West Virginia native, Jo Carol resides in Bridgeport with her husband and their beagle. 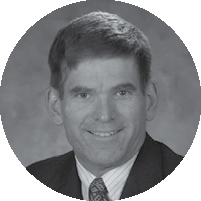 Jed Henthorne is Hearthstone’s Vice President of Finance and has been with the company since 1982, serving in various positions in accounting, regulatory affairs, information technology and operations during that time. 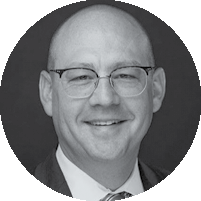 Michael Loeffel is our Vice President of Human Resource. Mike will have the primary responsibility of building and leading the Human Resources operations to support our fast-growing company. We believe his broad experience will help accelerate Hearthstone’s continued success and empowering commitment to everyone becoming their best while serving their local communities.

Prior to joining Hearthstone, Mike was the Senior Vice President (SVP) for Carriage Services, a Houston based funeral and services provider and prior to Carriage, he was the SVP for Veolia North America, a water, waste and energy management solutions firm.

Mike is a Wisconsin native and was transferred to the Houston area in 2014 where he currently lives. He and his wife Brenda enjoy spending time with their two children, William (13) and Samuel (12), at swim meets and soccer games. He also enjoys golfing and volunteering at his church and local food bank. 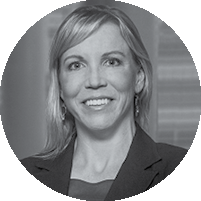 Lynne Rhode is our General Counsel. Prior to joining Hearthstone, Lynne served as Assistant Deputy General Counsel at Norfolk Southern, specializing in Markets & Regulations and Environmental. She previously led the Environmental and Natural Resources Department of the Virginia Attorney General's Office. Her prior utility experience includes serving as Chief Legal Officer for a large utility (JEA), outside counsel through her work at Troutman Pepper in Virginia, and as an employee of Dominion early in her career.

Lynne is a Virginia native now living in Florida. She and her husband Bryan enjoy travelling and spending time with their two boys. Lynne is an avid soccer player and is passionate about animal rescue, often fostering dogs and cats for local rescue organizations. 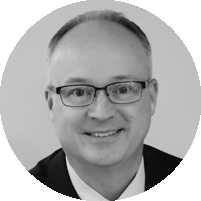 Vice President of Finance and Controller

Dan Webb is Hearthstone’s Vice President of Finance and Controller. Dan is a Certified Public Accountant registered in the State of Illinois. Dan first joined Hearthstone in August 2019 as Assistant Controller. Prior to joining Hearthstone, Dan held multiple finance and accounting positions at Commonwealth Edison, Exelon Generation, Nicor Gas, and Arthur Andersen. Dan has over 20 years of experience in the utility/energy industry which has allowed him to develop an in-depth understanding of the financial and accounting operations of utility companies.

Dan currently lives in the Chicagoland area with his wife and family. Dan and his wife enjoy exploring the outdoors together and supporting their son and daughter in their musical and academic pursuits.
We use cookies on our website to give you the most relevant experience by remembering your preferences and repeat visits. By clicking “Accept”, you consent to the use of ALL the cookies.
Do not sell my personal information.
Cookie SettingsAccept
Manage consent

This website uses cookies to improve your experience while you navigate through the website. Out of these, the cookies that are categorized as necessary are stored on your browser as they are essential for the working of basic functionalities of the website. We also use third-party cookies that help us analyze and understand how you use this website. These cookies will be stored in your browser only with your consent. You also have the option to opt-out of these cookies. But opting out of some of these cookies may affect your browsing experience.
Necessary Always Enabled
Necessary cookies are absolutely essential for the website to function properly. These cookies ensure basic functionalities and security features of the website, anonymously.
Functional
Functional cookies help to perform certain functionalities like sharing the content of the website on social media platforms, collect feedbacks, and other third-party features.
Performance
Performance cookies are used to understand and analyze the key performance indexes of the website which helps in delivering a better user experience for the visitors.
Analytics
Analytical cookies are used to understand how visitors interact with the website. These cookies help provide information on metrics the number of visitors, bounce rate, traffic source, etc.
Advertisement
Advertisement cookies are used to provide visitors with relevant ads and marketing campaigns. These cookies track visitors across websites and collect information to provide customized ads.
Others
Other uncategorized cookies are those that are being analyzed and have not been classified into a category as yet.
SAVE & ACCEPT